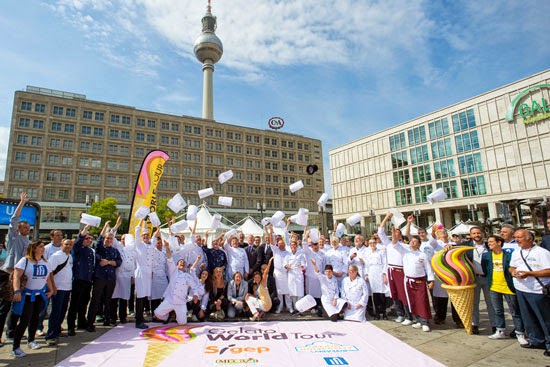 After taking Europe, North America, Middle East and Oceania by storm, the much-anticipated international Gelato World Tour, a celebration of the artisan iced treat enjoyed worldwide as a healthy and mouth-watering food, is coming to Singapore in 2015. This inaugural world-class competition will be the first of its kind to be held in Asia.

The “Formula One of Gelato” will take place from March 20 to 22, 2015 at Marina Bay Sands Convention Centre. The event aims to bring the fine art of gelato making culture to the Singapore and Asia-Pacific countries. Visitors to the Gelato World Tour will enjoy lessons and workshops on the ancient art of making gelato from Italian experts and they will witness the competition involving the final selection of 16 flavours from Singapore and the Asia-Pacific countries. World-class artisan gelato chefs will present their creation and the three winning flavours will join the world’s best flavours from the various competitions held during the 2015-2017 edition of this international tour.

The Singapore’s stage of the Gelato World Tour will certainly will be the coolest championship in town, a treat for both the public and artisans who can also explore the rich history of gelato that dates back thousands of years. Adults and children will be spoilt for choice by the range of gelato available, made fresh and right before their very eyes. Admission to the event will be free for the public.

The event, that has the patronage of the Italian Ministries of Foreign Affairs and Economic Development, is being organized by Carpigiani Gelato University, the most prestigious Gelato School in the world which has thirteen schools in five continents, and the world’s premier expo in artisan food, Sigep-Rimini Expo. The event’s main partners are IFI (the Italian company known worldwide for its gelato display cases) and MEC3 (the leading manufacturer of ingredients for gelato and pastry). The Gelato World Tour will be proud to and has plans to collaborate with local partners and supporters and, as special preview, it will also organize a Gelato Charity Dinner in early March 2015.

Singapore will host an exclusive event that will put gelato in the spotlight, from starters to desserts. Hot and cold combinations, savoury and sweet flavours, a unique fusion between eastern and western culinary masterpieces, Singapore is set to make another new record – it will host the very first gelato dinner organized in Asia. World-class chefs and an instructor of the Carpigiani Gelato University will work together to surprise its guest diners. Proceeds from the Gelato Charity Dinner and the money collected from visitors for the tasting portions at the Gelato World Tour event held at Marina Bay Sands Convention Centre from March 20 to 22, 2015, will go directly to charity.

Gelato chefs with outlets in the Asia/Pacific region (including Australia and New Zealand with the exception of China and Japan) are invited to send in their entries for the 2015 Singapore leg of the competition. Applications for the competition are now open. Details of the competition can be found at www.gelatoworldtour.com. A judging panel selected by Sigep-Rimini Fiera and Carpigiani Gelato University will choose the top 16 competitors by February 15, 2015,

Achille Sassoli, Director of the Gelato World Tour, said: “This city’s excellence and creativity in diverse food experiences, healthy lifestyle, artistic culture and desire for high-quality locally-sourced food ingredients in Singapore, make it the perfect choice for our first competition in Asia. We are extremely excited to start the second edition of the Gelato World Tour in Singapore and look forward to introducing Asians to this indulgent, yet healthy delicacy. We are delighted to bring a selection of the best Asia-Pacific gelato artisans to Singapore, and invite you to join us in our quest to find the world’s best gelato flavour”.

Valentina Righi, Vice President of the Bruto and Poerio Carpigiani Foundation said, “Gelato is more than a typical dessert. Though its luxurious creaminess may intuitively suggest otherwise, gelato is freshly made every day in a way that means it is significantly lower in calories and sugar than other ice creams. It is high in proteins, calcium and vitamin B2, it contains around half the fat of typical industrial ice creams, which is the reason why gelato is fast becoming the choice dessert for health conscious food-lovers. Culinary students can look forward to the opening of the official campus of the Carpigiani Gelato University in Singapore, after the Gelato World Tour 2015. The campus will be located at the premises of the At-Sunrice culinary school. This campus in Singapore will be the hub for the Asia-Pacific countries, making Singapore the Gelato Capital of Asia”.

Singapore’s selection as one of the world’s eight capitals of gelato is another example of the positive effects of this important destination’s campaign to welcome business events to Singapore and the region. Gelato has a strong tradition in Italy, with 37,000 artisan shops – and even an entire Gelato Museum in Bologna – dedicated to this healthy food. Though the home of gelato today is undoubtedly Italy, the dessert has more than 100,000 artisan shops around the world that serve millions of cups each day. The Gelato World Tour also represents an opportunity for businesses and entrepreneurs in the Singapore and Asia/Pacific area to join a market rapidly making inroads into the global frozen dessert industry, which is worth tens of billions of S$ dollars worldwide. 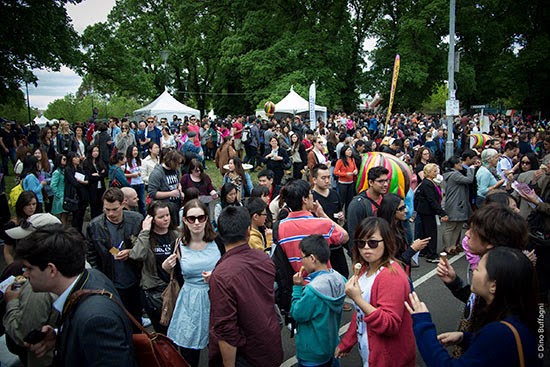 Movie time: To The Fore《破风》