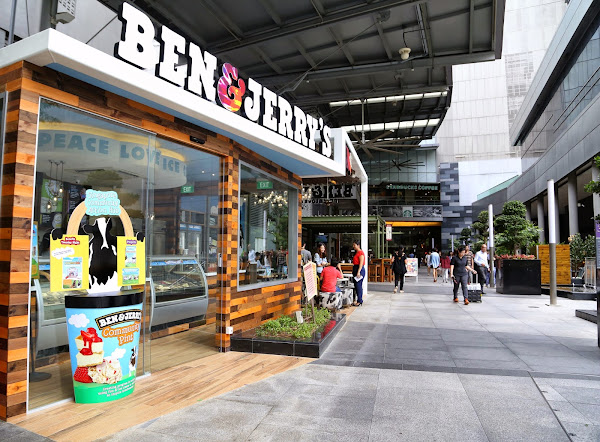 If you have passed by 313 Somerset Discovery Walk on 7th April, you might have noticed an exceptionally crowd queuing outside a new store – this is because Ben & Jerry’s first Flagship Scoop Shop is Southeast Asia have just moo-ved into town! 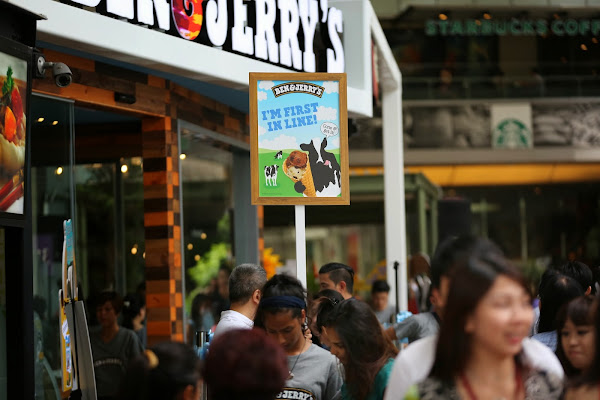 From 2pm – 8pm,  Ben & Jerry’s fans get to served with a free scoop of ice cream – including the exclusive opening day flavours such as Turtle Cheesecake and Coconut Seven Layer Bar. On top of that, the first 1,000 moo-niacs also get to walk away with a limited edition Ben & Jerry’s Singapore mug! 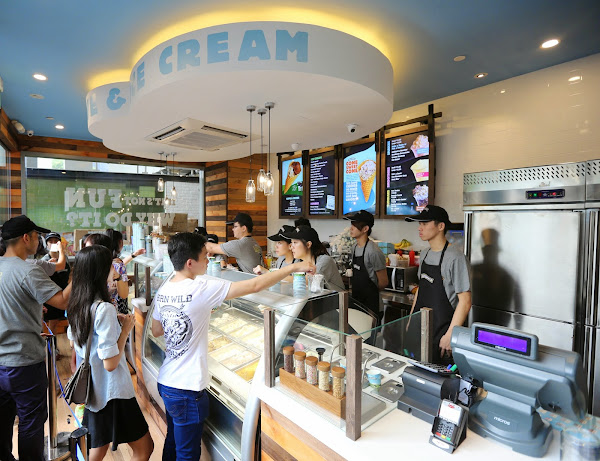 Ben & Jerry’s is taking values-led sourcing local – they get their supply of bakery items like brownies and cookies and herbs like mint are from SCORE Bakery, and social enterprise Edible Garden City. SCORE Bakery works to rehabilitate inmates through skills training, and Edible Garden City is made up by a group of urban farmers championing the Grow Your Own Food movement in Singapore~

The Flagship Scoop Shop also acts as Ben & Jerry’s Community Action Hub – where the company is able to inspire social involvement and progress locally. Benefit Tuesday Night is a programme which runs exclusive to the flagship on a Tuesday every month to let various local welfare organisations to engage the public on their causes. Further more, Ben & Jerry’s will donate 20% of sales during the 7pm – 9pm event to featured social mission partners. 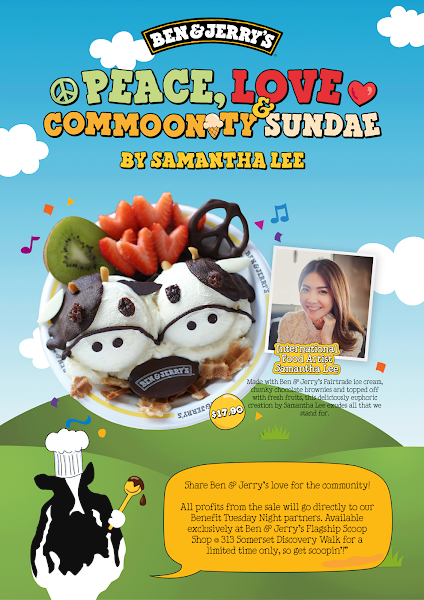 The Sundae which is made with Ben & Jerry’s Fairtrade ice-cream, chunky chocolate brownies and topped off with fresh fruits, is exclusive to the Flagship Scoop Shop until 31 August 2015, all profits will be donated to Ben & Jerry’s Benefit Tuesday Night partners. Fans can spread their love by scoopin’ and contribute to the commoonity at the same time!