I have stopped attending running event ever since I got pregnant.
After Kpo Kia is popped, I have been contemplating if I should, or rather, if I can, attend anymore running event. After some calculation on timing + “negotiation” with Kpo Kia papa, I finally signed up “one of the most affordable run” (running events are getting so expensive these days I sometimes feel it is not worth to pay to join in the fun) in Singapore – Income Eco Run, just in case I decided to choose sleep over exercise. 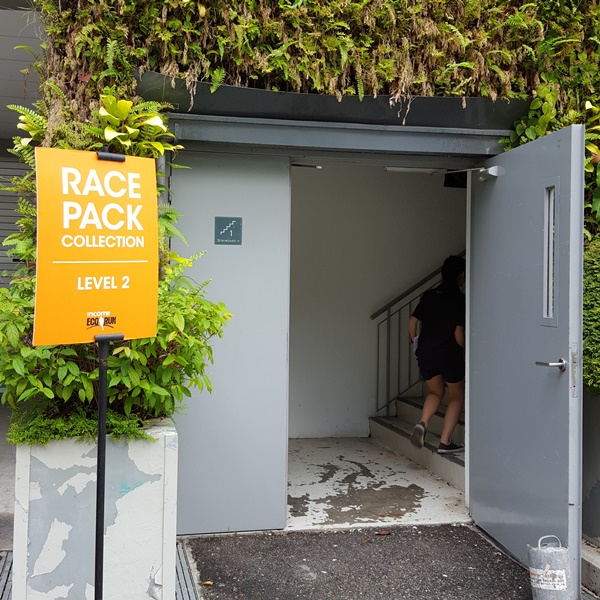 The race collection venue is at F1 Pit Building. Just weeks before, Sundown Marathon have set the location as their race collection venue as well, and got a lot of horrible feedback. Was initially a bit taken off, but is glad that checking on facebook, the review was that the collection was a brisk. There’s almost no queue when I went to collect my race pack, just that I find the place is a bit too packed, trying to squeeze many stalls within a small area. 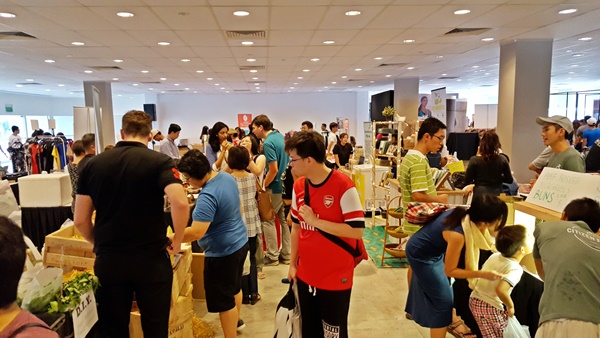 Running Day
I wake up and try to escape from house like a ninja… but it was quite late when I finally got prepared for the 10km “walk” – partially cos I wake up quite late, and partially because I was hoping the run got cancelled by itself so I can go back to my bed (but it didn’t happened!). I booked my first Grabshare booking since it was highly recommended by sis, but because I didn’t check in advanced, I was a bit surprise to see a private car stopping for me. I was also a bit “sian” when I realised the guy who is sharing the transport with me is not going to the same location as me, and he will be dropped off first. 🙁

Finally reached the venue around 7am and I slowly walk over to the starting point, confirmed that I can proceed to run and I decided to on my Pokemon Go and Endomodo app to accompany me through the 10km walk. Saw a weird 21km runner who finished his run walked into the starting point alongside with me, and turned into a deaf ear even when the run event personnel told him that this might messed up his result (poor personnel, they all looks so helpless). Was hoping to see the distant indicator board earlier but for 10km runners it didn’t appear till the 3km point – making my first 3km looks like forever (past experience told me Endomondo distance calculation will differs from the running event calculation)

Was glad that there are many water points along the way, I brought a small bottle of water along but it wasn’t till the last point when I finally got to finish my own water. At last water point, the uncle even told me to drink more water so I will not get sun burnt as I look “red” (actually it’s probably due to the lack of exercising for these few years), make me feel so touched for a while. 😛

I had a imaginary pacer – an fellow uncle runner who look as out of breath as me since starting point (we set off almost the same timing), and I tried to ensure I won’t lose out to him too much, but towards the last km he “suddenly disappeared” so I am “not as motivated” to run anymore. But I was glad that I finally make it to the end point!!!

Although my result is so much slower than the last 10km “walk” event I attended, I was proud of myself and is glad I managed to survived the whole event…

The banana hunt
After finishing the “walk”, I was given a can of 100plus, and directed to exit the finisher booth when an alert young girl reminded her fellow volunteers (?) to give me my medal, and I was hushed out of the booth, I noticed that almost everyone got a banana in hand and I began to behave like a mad monkey started my banana hunt (I was very hungry and I need energy food, but I was deprived of the banana which all runners are entitled, HOW CAN?!!!)… LOL

I try to walk back to the finisher booth to get the banana but was told by an usher that I wasn’t allowed to walk back, directed me to the nearest drinking station at the event area instead. I was given a puzzled look by the volunteer when I asked for a banana (I wonder if he heard my stomach complaining hungry) and say it’s a drinking station, they only provide drinks, no banana. Hungry CF got upset and she decided to walk to another usher to ask him where can she get the banana (Hashtaging #Cheapo #hungryCFIsAngryCF #BananaHunt #WhereIsMyBanana #IJustWantABanana), and the first usher saw and give me an irritating look before going back to the finisher booth to get 2 banana for me. =.=”

My result
The timing I took to complete the event is not something I can be proud of, but I am proud of myself for being preserve and did not give up. 🙂 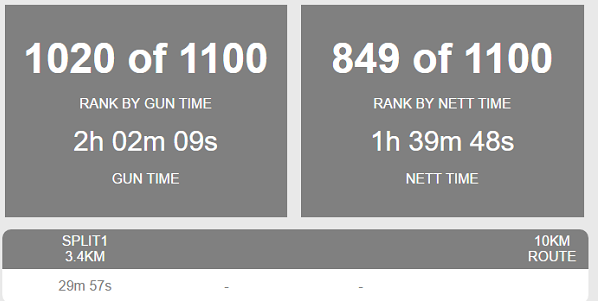