Since last year, there is a sudden craze on the “Keep calm and blah blah” tagline, which is actually derived from the “Keep Calm and Carry On” poster.

According to wikipedia, the poster was initially produced by the British government in 1939 during the beginning of the Second World War. It was intended to be distributed in order to strengthen morale in the event of a wartime disaster.

Actually I was both amazed and amused (and later on annoyed) by the talents displayed by random people who managed to come up with their own tagline – all inspired by this simple posters:

Among them I love this most, haha!

Recently saw this on facebook, super like it. Just nice for me at this stage of life… I need to keep calm and travel on no matter what difficulties I will encounter. 🙂 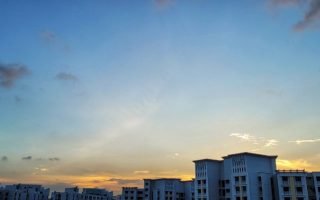