Skip to Content
Home / Travelogue / Traveling to Australia with a toddler (Day 1 & 2: Brisbane) “Once a year, go someplace you’ve never been before.”
– Dalai Lama

Although everything between Kpo Kia Papa and me happens so fast and furious, we didn’t actually have a lot of chances to travel around together as a pair, but it didn’t stop us from traveling as a trio after Kpo Kia joins our family.

While she was in my tummy (yes, I know she wasn’t exactly position there), we went to Bali.
Before she turns one, we had a staycation in Kranji Resort.
Before she turns two, we ventured further to the sea (in cruise) after a bigger family trip with my parents and siblings in Bangkok.
Now before she turns three, we decided to venture to Australia~

It’s the first time I traveling to Australia so I was super excited, busy packing (and unpacking as usual) things from the luggage and wanting to bring so many things over that Kpo Kia Papa laughed at me as he thought I am trying to move the whole house over.

This trip, we will be flying over to Brisbane, explore a bit of the area before going over to Gold Coast to let the little one play her heart out.

Day 1
Our flight took off around 7.30am which means we need to be at the airport by 5.45am. We thought it might be challenging to wake a sleepy toddler who slept around midnight at early morning but surprisingly she was more co-operative than we expected and we are on time~

End up the most challenging part in the morning is getting her to leave the mini playgound near our boarding gate, LOL. 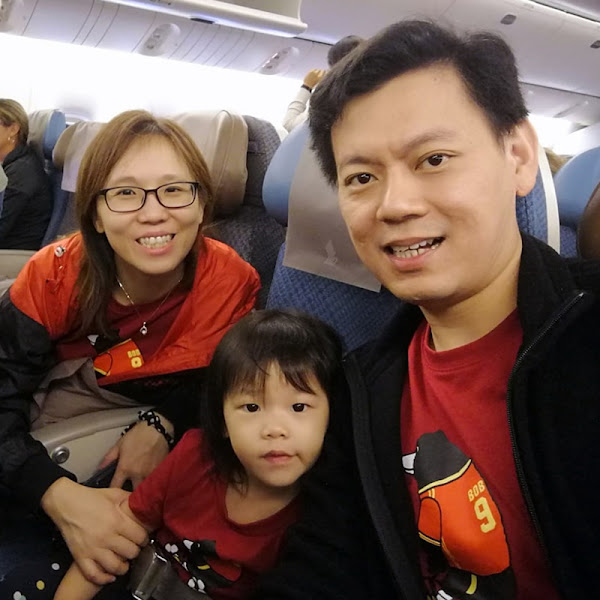 In order to pacific the elderlys, we need to take SIA as that is the only international flight recognised by Kpo Kia paternal grandparents. We glad to have a smooth flight overall (despite her whining and etc), by 5.30am, we reached Brisbane airport~

Just few weeks before we flying then I was told that I have a cousin staying in Brisbane, and so I contacted him just to say hello but he decided to go to the extra miles and picked us up from the airport. He even arranged a reunion dinner for us to catch up with my other cousins and their kids (whom most I never meet before LOL) at his cafe~ So nice right?!! 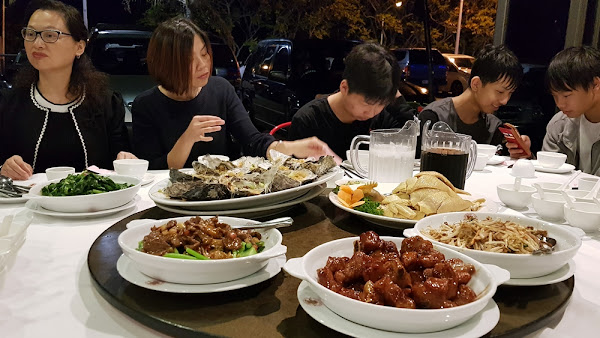 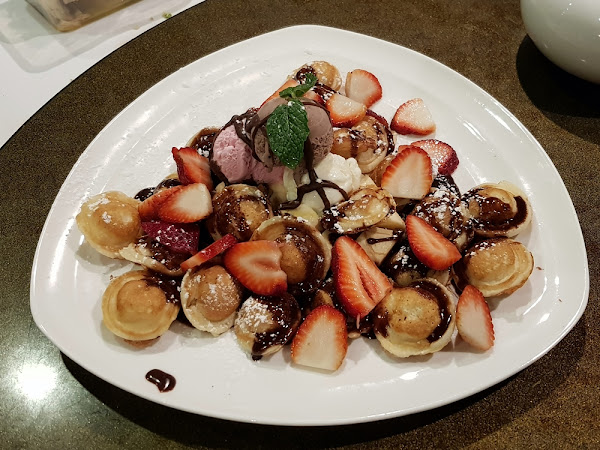 After the dinner, we went back to our apartment at Westend Central Apartments. Children 2 years old and above need to add extra bedding – quite extra in my opinion as Kpo Kia will be sleeping on our bed anyway so we are basically wasting SGD $45 per night to have an additional empty bed taking up space in our room. Good thing about it, is the centralised location and free parking space for the apartment guest. 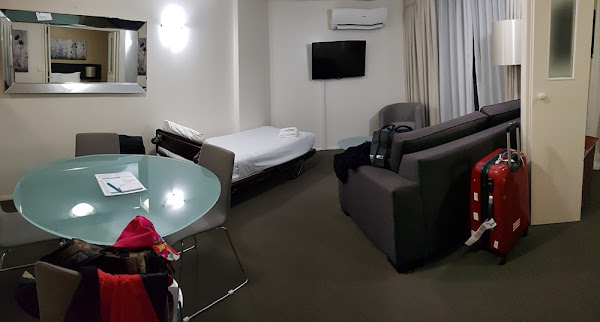 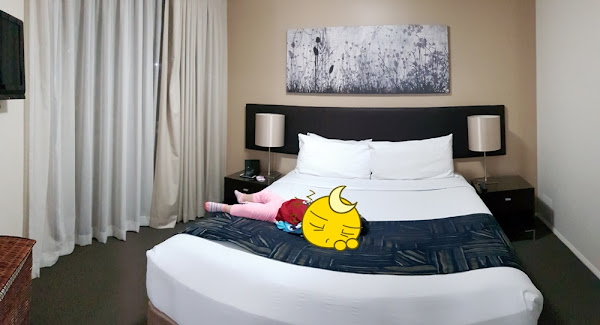 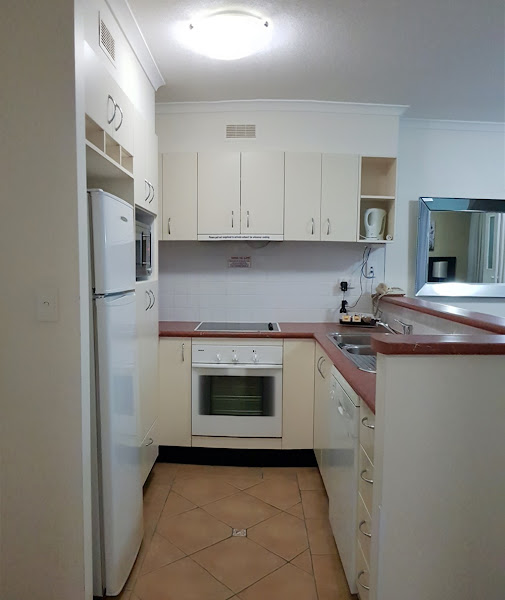 Day 2
The flight and the late night dinner tired out the Kpo family and we slept till 9am++ in the morning, so by the time we are ready to go out for a walk it’s almost 11am!

Since we skipped the breakfast, and my cousin expressed interest in meeting us for lunch, we decided to have a quick brunch at The Library Cafe. Half of the cafe is sectioned out to be a book shop thus Kpo Kia got so excited she cannot sit still and wait for the food – she LOVES books~

Ended up Kpo Kia don’t feel like eating cheese and ham and tomato for the day, she just picked the toasted bread and munch and rush off to play. We had initially thought the portion for the mains will be huge and good for sharing but it’s just nice for an adult… haha.

We planned to go to the Gallery of Modern Art (GOMA) as we thought there will be something ‘interactive’ for Kpo Kia to play like what we had previously experienced in the Auckland Museum, but perhaps the timing is not right thus we only get to see some interesting exhibits. 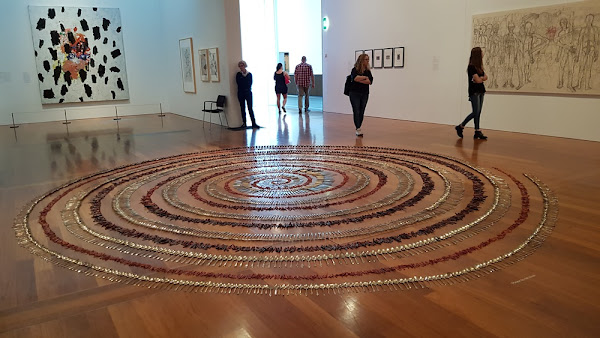 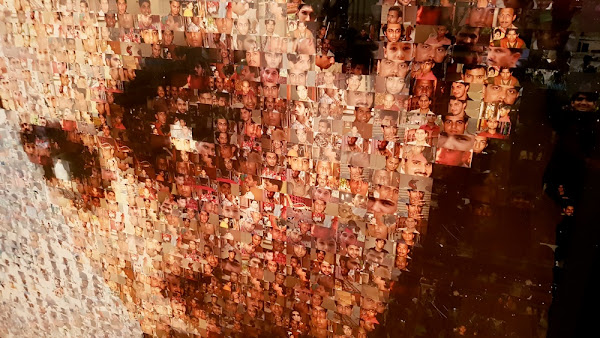 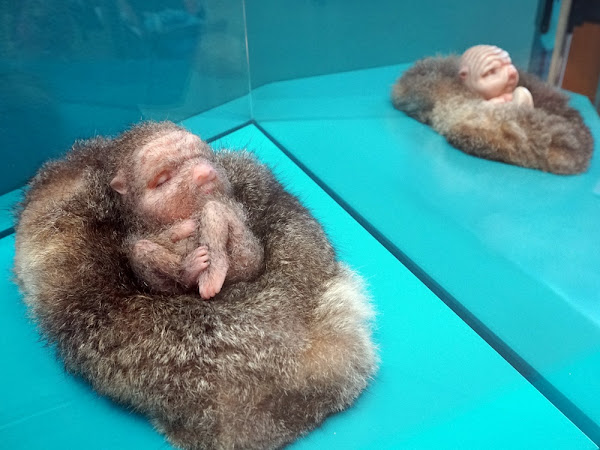 Gallery of Modern Art (GOMA)
Location: Stanley Place, South Brisbane, Queensland 4101, Australia
Contact number: +61 (0)7 3840 7303
Operating hours: 10.00am – 5.00pm Daily (Closed on Good Friday, Christmas and Boxing Day; Open from 12 noon on Anzac Day)
Admission is free for most exhibitions, screenings and programs. Some exhibitions and special events have an entry fee and tickets can be purchased online or on site at the ticket desk.

After the Gallery walk, continue to the South Bank Parklands as we read about the play area which might interest Kpo Kia. Before we get to the playground, Kpo Kia fell asleep! LOL… so Kpo Kia papa and me got to have a bit of “Me time” walking around taking photos.

Kpo Kia papa decided that we should take a look at The collective markets, but we have unknowingly passed by it so we have to U-turn back. It is then we realised we did saw the “market” but it’s so small that we though it’s just a mini flea market. 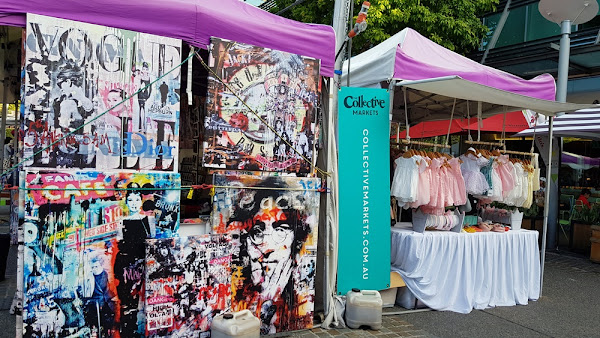 After the walk, we stroll back our apartment since cousins and family is meeting us for dinner again 🙂

Cousin have 2 restaurant and they decided to bring us to another branch this round. The food are cooked by Cantonese chefs whom migrated over under Australia with Skill Immigrant Visa and the standard are really good. Even though a few of the dishes are not suitable for Kpo Kia, she still managed to finish a bit portion of the food and everyone is surprised at her appetite (except for Kpo Kia papa and me of course). 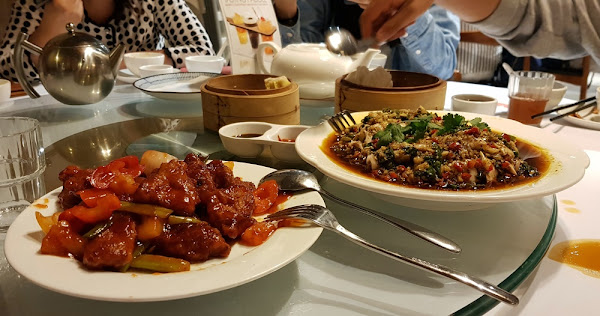 Side story: While waiting for the table to set up, Kpo Kia papa was keeping Kpo Kia entertained by watching the prawns and fish display at the entrance of the restaurant. Kpo Kia was pointing at one of the grumpy looking fish and ask ‘Why fish is angry?’… after the dinner, we finally solved the mystery. As we were exiting the restaurant, we realised the ‘angry fish’ is no longer at the tank. We jokingly asked cousin if the fish is the one at our table and he give us a sheepish ‘Yes’ answer. Seem like the fish is indeed angry with us, probably especially Kpo Kia who finished most of it’s flesh. =.=” 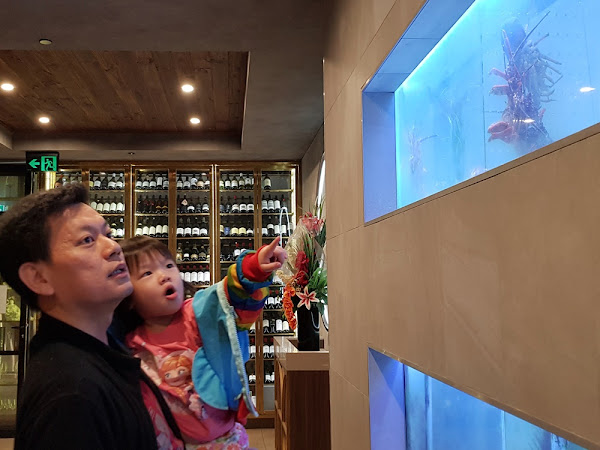