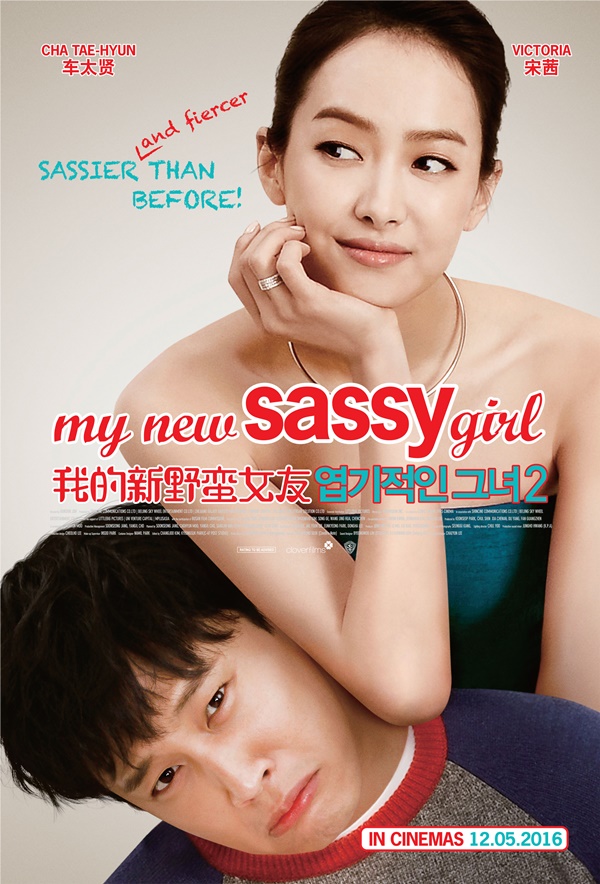 Movie synopsis
A sequel to the 2001 hit romantic-comedy “My Sassy Girl” – Cha Tae-hyun returns to reprise his role as Gyun-woo together with Victoria (member of South Korean girl group f(x)) as the new ‘sassy girl’.

Gyun-woo (Cha Tae-hyun) is having difficulty forgetting the sassy girl. One day he reunites with his childhood sweetheart (Victoria Song), an elementary school classmate from China who was often teased about her broken Korean. Gyun-woo marry her and goes through a honeymoon which no man would ever dream of.

Review
Remember I enjoyed “My Sassy Girl” a lot when I first watched the show. Although a lot of the scene is too exaggerate, who can resist the comical show with such a sentimental ending?

This round, not sure if it’s me having a different perspective these days, I won’t treat this as a simple comedy romance show. There are other message that is brought along with the show – the difficult of how a undergraduate find a job in difficult times, the stress in a relationship when one party excels the other, and sometimes how the main media is more focus on the entertainment factor of a news rather than showing empathy to those who are suffering from injustice.

With Victoria as the lead actress in the movie – assuming it’s target at the Chinese market, there are a couple of jokes only the Chinese will understanding, luckily I am a ‘Chi-na pai’ and is able to appreciate these, not too sure about the koreans and others who do not watch Chinese show often though. Overall, still think this is a nice show especially for young couple to watch during their dates 😛